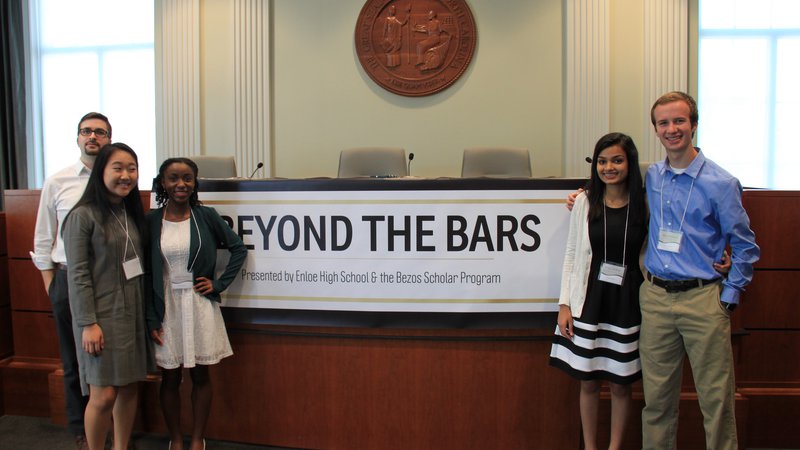 Through her volunteer work with the regional teen court, Shivpriya realized that many juvenile offenders who were being charged with misdemeanor offenses were diverted to the adult criminal justice system. This experience inspired Shivpriya to take a closer look at closing the school-to-prison gap in her own high school by creating a space for dialog about the school-to-prison pipeline and justice system.

Along with the panel sessions, Beyond the Bars collected fiction books in English and Spanish and standardized test preparation books for the juvenile diversion programs at TJLC and Haven House Services. Beyond the Bars hosted an inmate art gallery that showcased more than 25 pieces of artwork made by incarcerated community members, and provided local volunteer opportunities for attendees.

“Awareness around the issues explored at our Festival has definitely been raised,” shares Shivpriya. “Two teachers who attended our Festival, from different high schools, have already begun meeting to discuss different measures they can take within the classroom to mitigate rising suspension rates in our school district.”